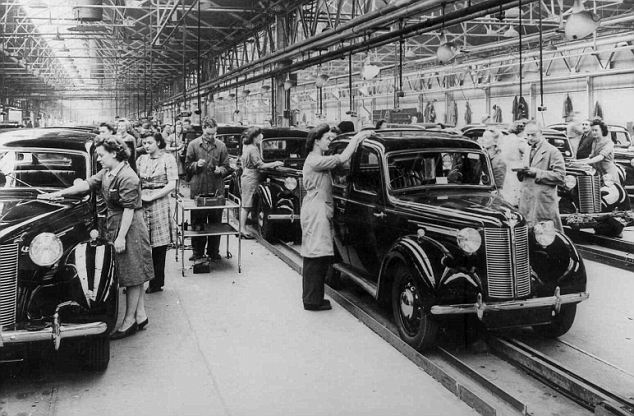 What do General Motors, Burger King, CNN, Uber, and Airbnb all have in common?

They were all founded during economic downturns.

GM launched in 1908 when the US economy was in turmoil after “the Panic of 1907” financial crisis. Meanwhile, Burger King flipped its first patty in 1953, when the US was again in recession, and CNN started its news broadcasts in 1980 when US inflation hit almost 15%.

Both Uber and Airbnb set up business during the global financial crisis of 2007-09.

These examples show that many of the best, and longest-lasting, companies are set up during downturns, according to Dane Strangler, a fellow at the Bipartisan Policy Centre, in Washington DC. He says that the difficult economic backdrop makes them both tougher and more nimble for years to come.

“There’s this trial by fire idea,” he says. “If you get started in a recession, you really have to scrape and scrimp to make that company successful.

“You are trying to make it when you can’t get financing and trying to get customers when there isn’t any demand.”

We are certainly in a downturn again now, as a result of coronavirus and the subsequent lockdowns around the world.

The World Bank predicts that the global economy will shrink by 5.2% in 2020, its worst performance since 1946 and the aftermath of World War Two.

The US economy is already in recession, and the Bank of England predicts that the UK is about to see its sharpest downturn since 1706. That’s 314 years ago.

But as history shows, successful companies can be born in tough times. Could there be promising start-ups from the entrepreneurial class of 2020 that will go on to become household names?

More new businesses are certainly being set up despite – and as a result of – coronavirus. In the US, 67,160 applications were filed to set up new companies in the last week of May, official figures show.

Robert Fairlie, an economics professor at the University of California Santa Cruz, says the latest increase is partly because more people start businesses when jobs are scarce. He calls this “necessity entrepreneurship”.

“If someone doesn’t have opportunities in a salaried job, that’s part of the motivation [behind setting up their own company],” he says.

But some entrepreneurs may have had ideas for businesses stewing for a while.

“With the shutdown, people have had more time to think, and take time back from busy work schedules,” says Prof Fairlie. “So if there’s a business idea they’ve had, they might think, let’s try this out.”